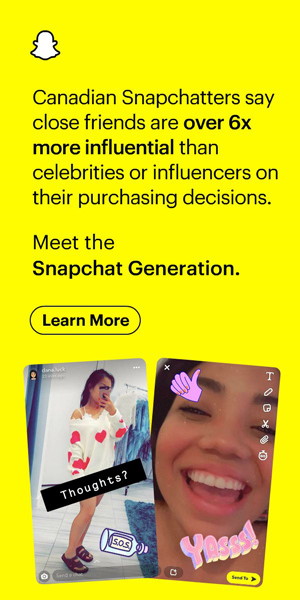 Have a job to post?
For info about posting a job opening in this section, email jobs@adnews.com

September 28, 2020. The Western Canada Lottery Corporation has begun a new advertising campaign called "The Pursuit of Bigger." The campaign was developed by McCann Calgary. Read more.

September 25, 2020. Le Chateau has retained Faulhaber Communications of Toronto as its communications agency of record. The firm won the account in a request-for-proposals process. Read more.

September 24, 2020. The Montreal-based National Bank has begun a content marketing campaign aimed at citizens of France who are planning to move to Canada. Read more.

September 24, 2020. Ad Standards has released its annual Ad Complaints and Disputes Report for 2019. According to the report, the organization received 1,858 complaints about 1,142 ads. Read more.

September 23, 2020. Physical fitness organization ParticipAction is preparing a promotional initiative called the "Great Big Move." It will run through the month of October. Read more.